Hey, you can only buy 1 of these.
Leave some for the rest of us!
Update the quantity in your cart.
Clearance
Refurbished
9.7"
Limit 1 per customer

There's no place like New York (for people watching)

Springtime had erupted in Gramercy Park, and Manhattan's best paraded through. Juliet crossed her legs on the slatted bench, turned on her iPad 3, and surreptitiously glanced over her Kate Spade sunglasses at the stunning display of humanity.

Two older men walked abreast, one with a shaved bald head, the other a magnificent coif. Their pace was brisk, and Juliet saw yellow-striped socks flash out beneath their perfectly rolled trouser legs. She smiled: The socks were identical. She snapped a photo with the iPad's 5mp iSight camera.

An old, old woman coursed her way through the spring pastels in black on black on black. Her outfit was not prim, nor out of place -- classic. Juliet took another photo and admired every detail on the retina display.

A young man had circled the park some four times now, slowing near Juliet's bench each revolution but moving on. This time he steeled himself, thumbed the belt loops on his absurdly fashionable Nantucket Red shorts, and approached.

Juliet's cold Manhattan sensibilities kicked in and she prepared to dismiss this young man with a "go thither" gaze. But she saw in his approach an earnestness uncommon in the City set, a Minnesota sincerity that broke through her armor.

"Nice day." He said, and Juliet turned off the iPad. 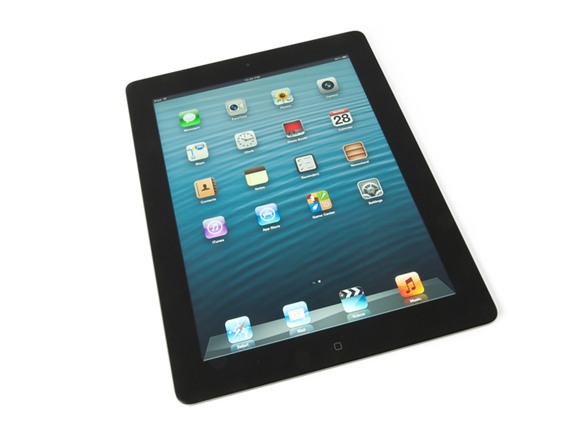 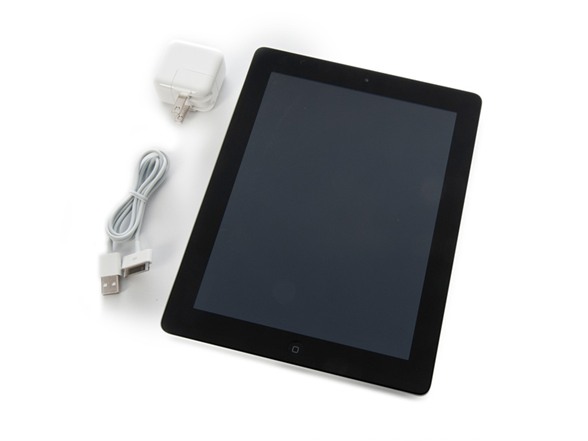 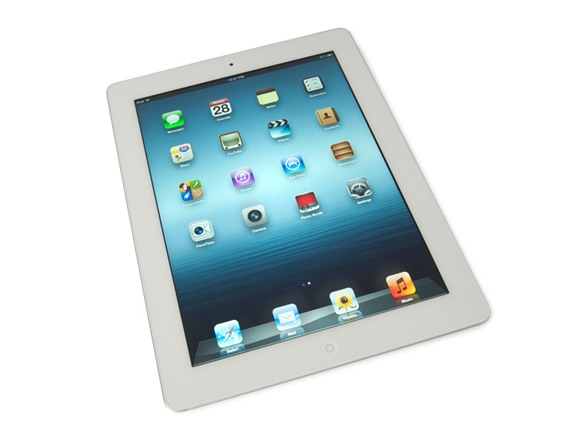 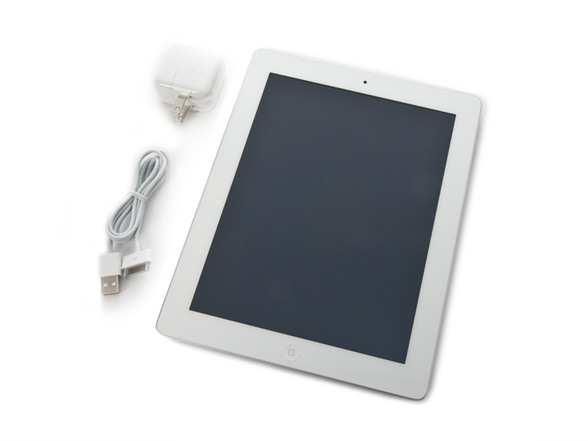 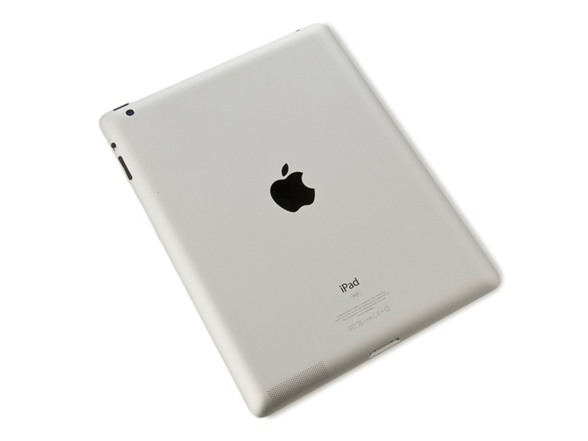 Dual-Core A5X Chip
The dual-core A5X chip with quad-core graphics support provides a great deal of smoothness while powering substantially more technology. The new chip is able to easily render all of the 3.1-million pixels within the retina display while still retaining a substantial 10 hour battery life. The chip also functions in a way that allows you to touch and go with limited power-up times.

Autofocus, tap-to-focus, and tap to set exposure settings provide a range of functions that allow you to achieve the best exposure possible in a quick and intuitive manner. Face detection is also supported and recognizes up to 10 different faces for improved exposure and focus settings when photographing people. In addition to improved still imaging capabilities, the iSight camera also supports full HD 1080p video recording with automatic image stabilization.

iOS and iCloud
iOS and iCloud provide the robust backbone for this device to run off of and support the seamless multi-touch interface. Within the iOS system, App Store hosts a plethora of iPad-specific apps designed for the vivid 9.7" Retina display. iCloud functions as a wireless service for you to keep all of your devices synced and maintain the content throughout them.

Dictation
Dictation is a new service that allows you to simply speak the text you wish to write. By enabling this mode, you can speak into the microphone and have the iPad automatically compute the text within a given field. Dictate is compatible across all text-rich applications, including 3rd party apps.

AirPlay
AirPlay functions off of the wireless capabilities of the iPad and allows you to seamlessly watch or listen to your content on your HDTV. When connected to the same wireless network, content can be controlled from the iPad and ported through or watched on auxiliary devices.