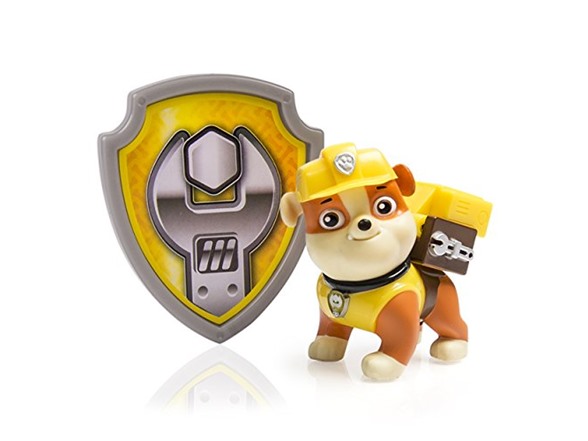 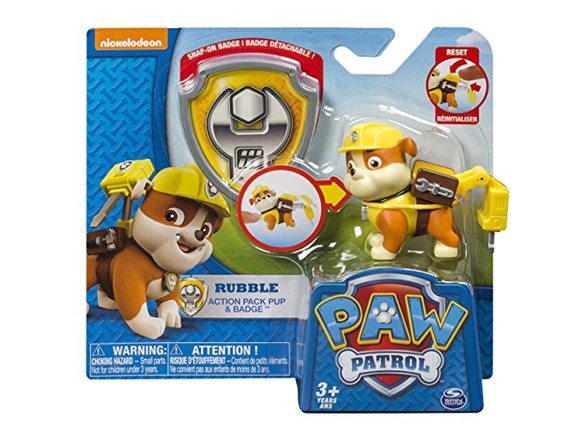 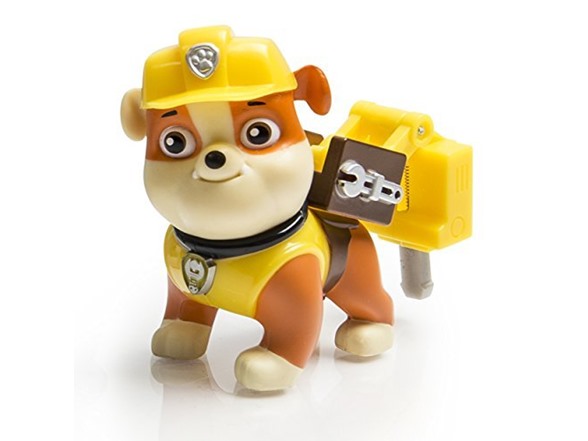 It’s Rubble on the double! Rubble’s Diggin’ Bulldozer saves the day with its moveable scoop and crane! This pup and vehicle combination is loaded with Adventure Bay action! Go high up with the Crane and scoop up the pieces of scrap as Rubble rides inside. With real working treads, Rubble’s Diggin’ Crane Vehicle gets him where he needs to go! Dig deep with Rubble and the rest of the Paw Patrol by collecting the entire line of Paw Patrol vehicles. Together, your child’s imagination will be lit up with pup inspired rescue missions full of friendship, teamwork and bravery. If danger is near just give a yelp, the Paw Patrol is here to help! No job is too big, no pup too small. Dig up an adventure with Rubble’s Crane Vehicle!