Hey, you can only buy 3 of these.
Leave some for the rest of us!
Update the quantity in your cart.
Clearance
Refurbished; Open Box
Limit 3 per customer 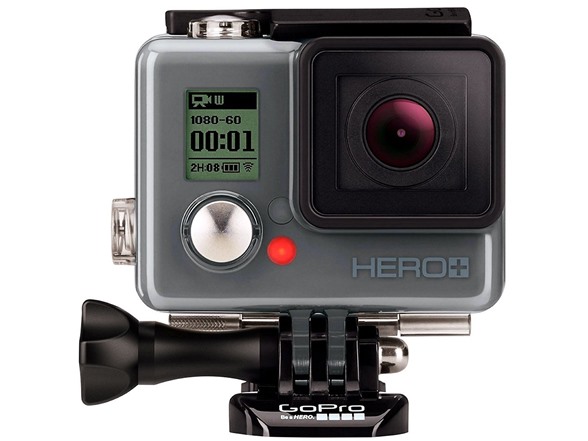 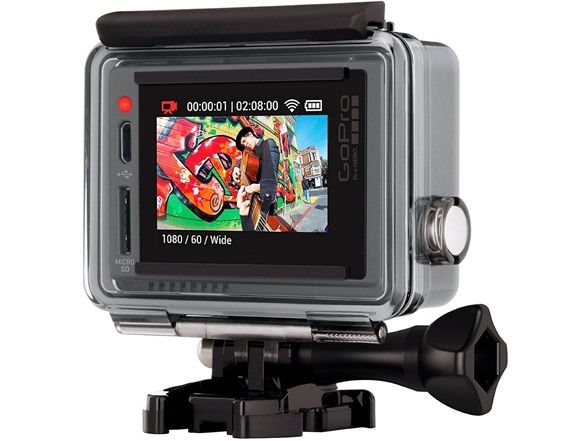 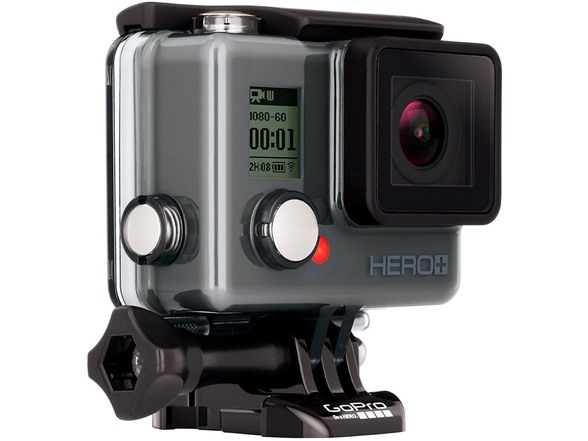 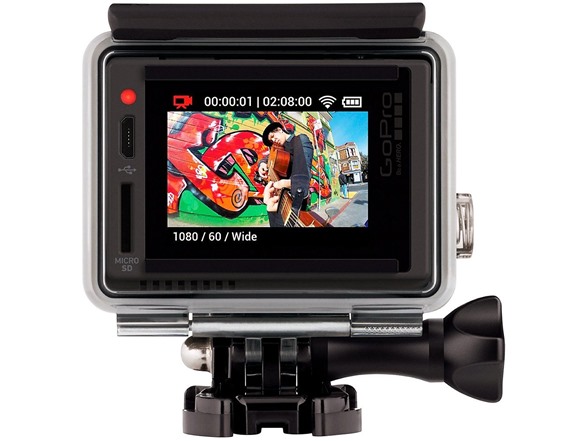 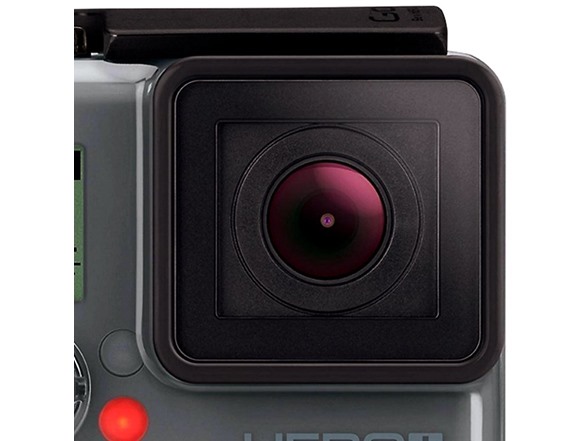 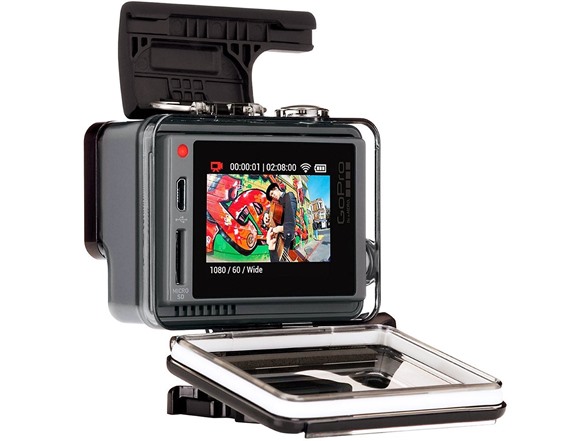 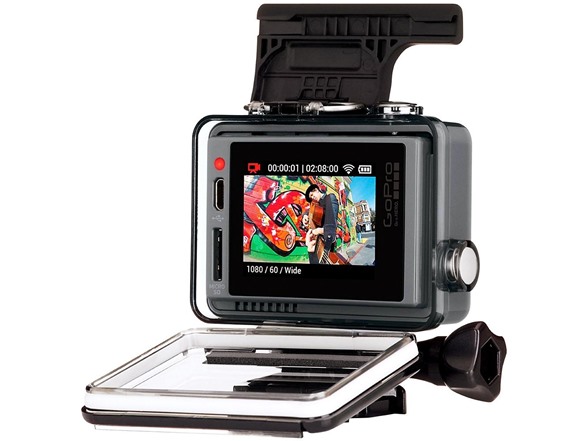 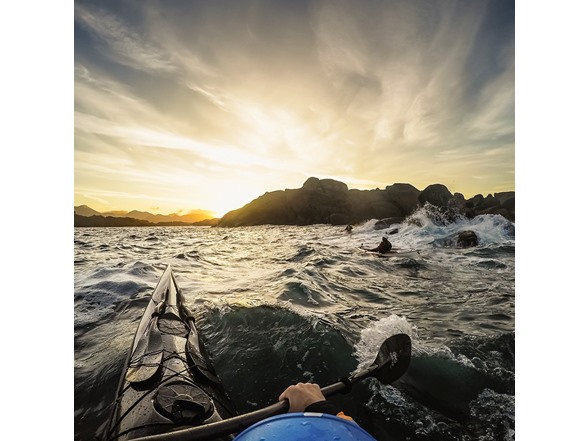 The GoPro HERO+ LCD expands upon the all-in-one design of the HERO model by adding the convenience of a built-in touchscreen LCD. Like the HERO, the HERO+ LCD is waterproof to depths of 131' without requiring a separate housing; simply secure the Touch Backdoor in place for a watertight seal. The camera also sees a boost in its imaging capabilities by offering 1080p video at up to 60 fps and 8MP still photos in single-shot, time-lapse, and 5 fps burst modes. Built-in Wi-Fi and Bluetooth lets you connect the camera to the GoPro Smart Remote or to the GoPro App on your mobile device for shot preview, complete camera control, and easy content sharing to social media sites.

In addition to a Touch Backdoor, a Skeleton Backdoor is included for use on dry land, which features cutouts for improved audio capture using the built-in microphone. Also included with the HERO+ LCD are flat and curved adhesive mounts for surfboards, helmets, boats, and other smooth surfaces, as well as a quick release buckle that clips in and out of them. Apart from these, the camera can be used with a range of separately available mounting hardware for adaptation to just about any scenario.

Video and photos are recorded to microSD/SDHC/SDXC cards, with support for capacities up to 64GB. A USB cable is included for file transfer directly from the camera and charging the built-in battery, which provides around two hours of use on a full charge.

All-in-One Design - The HERO+ LCD is built directly into a rugged housing that's waterproof to depths of 131' with the supplied Touch Backdoor attached. The housing is designed to survive dirt, sand, water, and nearly anything else you can throw at it.

Built-In Touch Display - An integrated rear touchscreen LCD lets you preview your shot for precise framing, while also simplifying camera control by letting you easily navigate menus and adjust settings with the convenience of touch.

Video Quality - The HERO+ LCD offers immersive 1080p and 720p video at up to 60 fps for smooth motion capture and playback.

8-Megapixel Photos with Time-Lapse Function - The still mode allows capture of 5-megapixel JPEGs in either single shot or busts at up to 5 fps. There is also a time-lapse mode that captures photos at intervals from 0.5 to 60 seconds.

SuperView - An ultra-wide lens designed to give your footage an immersive POV feel as well as capture nearly everything happening in front of the lens. SuperView captures a tall perspective (4:3), which allows you to capture more of yourself and your surroundings in the shot. The content is then dynamically stretched to a wide perspective (16:9) for full, immersive widescreen playback.

Built-In W-Fi and Bluetooth - Built-in Wi-Fi and Bluetooth allows you to connect the HERO+ LCD to the GoPro App and optional Smart Remote. The GoPro App transforms your phone or tablet into a live video remote for your camera, offering full control of all functions and settings, as well as easy shot preview and playback. The app also lets you easily share your videos and photos via text, email, or popular social media sites. The Smart Remote allows you to control multiple GoPros from distances of up to 600'.

QuikCapture - QuickCapture lets you power the camera on and start recording automatically with the press of a single button, so you're always when to capture the action.

Video Trimming - A built-in video trimming function lets you create and save short highlight clips from your videos right on your camera and share them using the GoPro App. You can also transfer them to your computer and edit together all of your best footage for epic highlight reels.

HiLight Tag - HiLight Tag lets you mark key moments during recording and playback so you can quickly find them later for editing or sharing using the GoPro App or GoPro Studio.

Auto Low Light - Automatically adjusts the frame rate for optimal performance under low-light conditions, enabling you to move between bright and dark environments without having to adjust your camera settings.

GoPro Studio Software - Use the freely available GoPro Studio software to import and view your GoPro media on your computer and create your own highlight reels to share on popular social media sites.

In the Box: (Some items may be missing due to this product being open box condition)

In the Box: (Some items may be missing due to this product being open box condition)