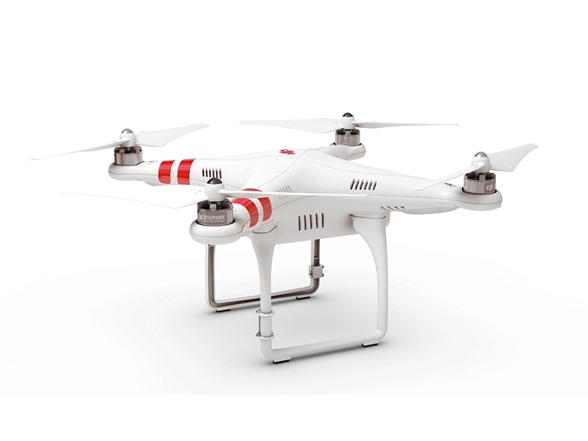 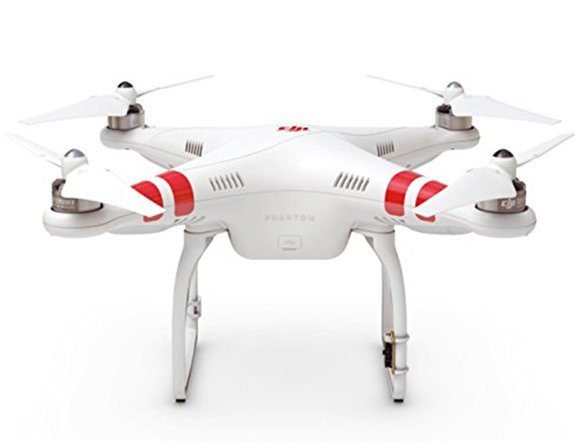 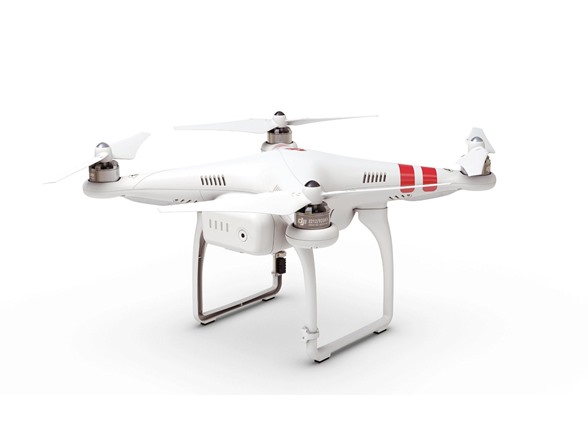 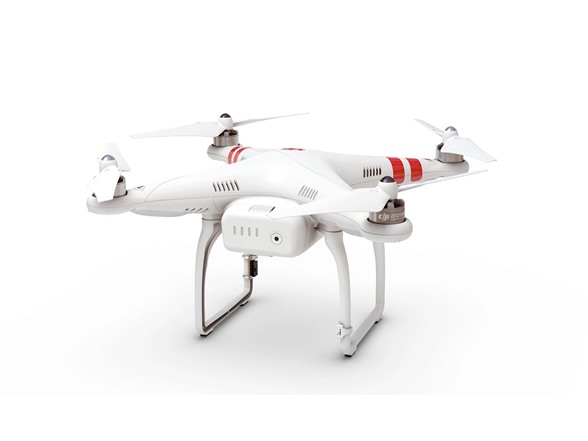 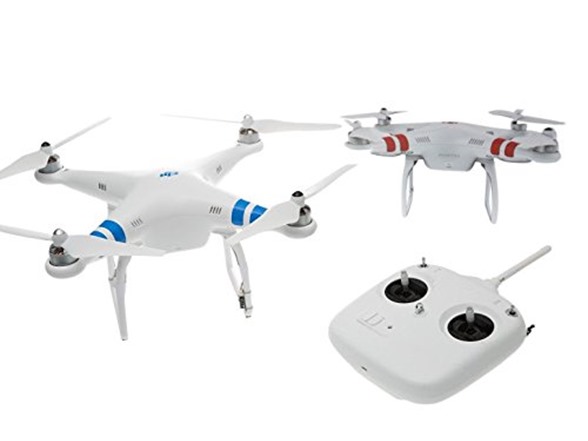 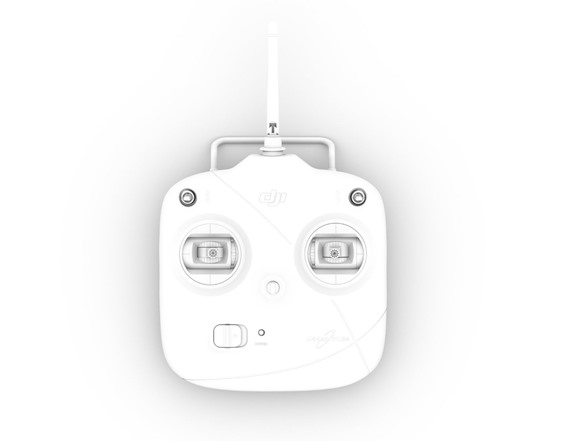 The DJI Phantom 2 Quadcopter is the second generation Phantom quad-rotor RC helicopter from DJI. With a larger battery and improved prop design, flying time lasts to up to 22 minutes, compared to around 14 minutes on the original DJI Phantom Quadcopter. This product will appeal to a variety of potential users, from RC aircraft hobbyists who want to record their flights to videographers and photographers looking to open up a whole new range of shooting possibilities.

Included with this "ready-to-fly" version of the Phantom 2 Quadcopter is a 6-channel, 2.4GHz transmitter (TX) that comes pre-bound with the aircraft. It features an operational range extending up to 3,280' line-of-sight, depending on conditions. The controls are configured in "Mode 2", which is the most popular mode among RC pilots in the U.S.

Because of the complexity associated with multi-rotor aircraft, the Naza-M V2 flight control system in the Phantom 2 relies on a GPS-based navigation as well as gimbal, compass and other data to maintain flight stability and provide other assisted-flying features. While fully manual operation is possible and can be unlocked using the Naza Assistant Software, most users, especially videographers hoping to get the smoothest possible shoots, will opt for GPS or GPS Attitude flight mode. In GPS Mode the Naza system keeps the Quadcopter stable and right-side-up when moving and holds it in a fixed horizontal and vertical position whenever you release the sticks.

New for this model, the Phantom 2 features a 5200 mAh battery system that has been simplified from the previous Phantom version. The battery now slots in without having to connect any DC leads and features four LED indicators visible on the outside, tail-end of the aircraft helping you keep track of battery levels in flight. Charging is also simplified, with all of the charging circuitry now built into the battery itself, there is no more separate balance lead to worry about plugging in. Because of this design, the Phantom 2 battery cannot be charged with all-purpose balance chargers, only chargers made specifically for it.

For a complete first-person view (FPV) experience you will probably want to add a wireless video transmitter. Because the Wi-Fi system on the GoPro operates on the same 2.4GHz band as the Phantom 2's transmitter it may cause interference with aircraft operation and should never be used. Instead an option such as DJI's own AVL58 5.8 GHz Video Link Kit, or a third-party solution that can be set to 5 GHz or higher, may be used for live video transmission.